FIT4FoF project organized a workshop to discuss about the ICOED process

Project members met online this morning to share their experiences and best practices on the ICoED process.

This morning was held, in the framework of the FIT4FoF project, a knowledge exchange workshop focused on the ICoED (Industrial Collaborative Educational Design) process. This meeting was attended by the partners of the FIT4FoF project and some of the participants in the different Co-design process that were held regarding the educational pilots.

The workshop was coordinated by Sabine Hafner, from Steinbeis 2i, together with the Project Coordinator and member of Munster Technological University (formerly CIT), Kieran Delaney, who gave a brief introduction to the project and explained the objectives of this workshop.

The workshop also included a presentation by Anders Vestergaard (UCN), who described the approach used to introduce co-design and how the application process was developed for the FIT4FoF pilots. Through videos, Anders showed the attendees how the MIRO tool, which is the central tool for conducting these online co-design workshops, works.

After Anders Vestergaard's intervention, where he described his experience with the organisation of these workshops and his conclusions, three of the project partners in charge of carrying out these pilot projects were given the opportunity to share good practices with the other partners. Paolo Dondo (MESAP) shared his experience with the MIRO tool during the Co-design session in Italy; Bogdan Stefan Marinescu (ARCTIC) described the process and results of the workshop in Romania; and finally, Ronan Emmett (Boston Scientific) introduced his vision of ICoED and told the audience how the trainer should be defined in order to run the method in an optimal way.

To close the session, Borja Dapena (CEAGA) gave a brief feedback on the Co-design session that was held in Spain with professionals from the Galician Automotive Sector and how its results were reflected in the educational pilot. 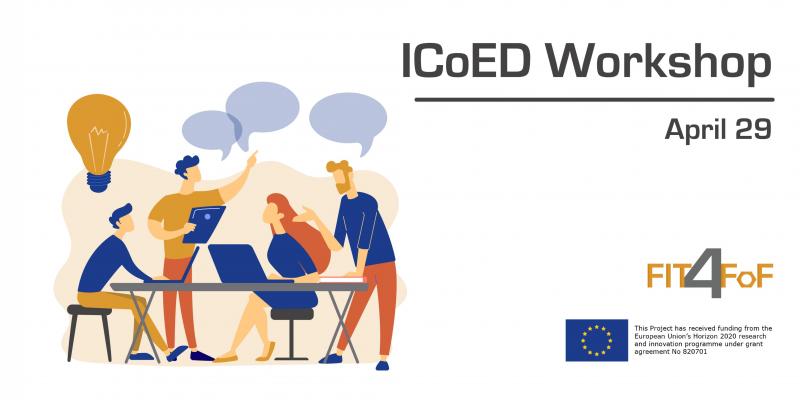