The team meets in Paris for its 3rd Consortium Meeting

The third consortium meeting of the European project FIT4FoF was held on 19 and 20 November. This time the team met in Paris, at the headquarters of CFI, l'école Connectée au Futur de l'Industrie.

This meeting was divided in two days to see in a general way the current situation of the Workpackages. During the first day, the Communities of Practice were discussed, including an internal workshop "How to form and sustain CoP's". The planned pilots and educational framework to be implemented in these were also covered during this day.

On the second day the topic of discussion was the skills needed for job profiles, a recurring theme in this project, which also included the results of the survey conducted a few months ago and another internal workshop to work on these issues. Finally, the next steps to continue working on the project were planned.

The next consortium meeting is planned for February 2020 in Turin (Italy), hosted by our partner MESAP Cluster. 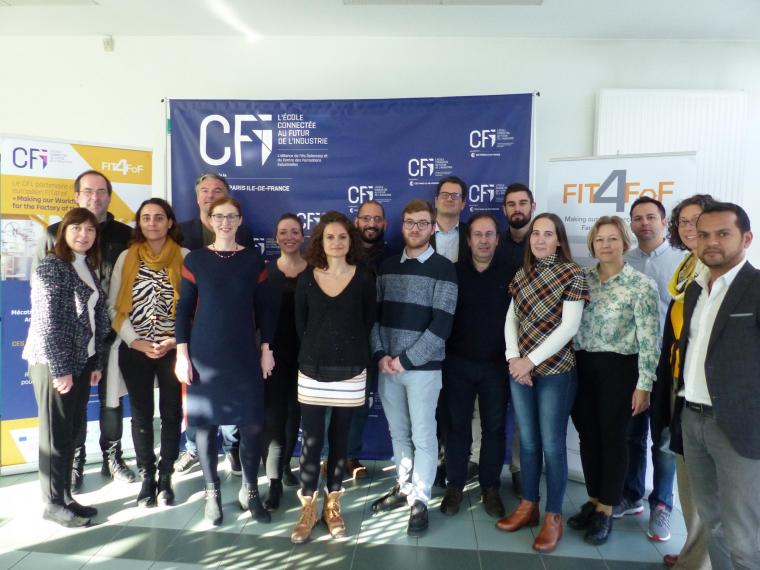